The tuk-tuks and us, three weeks in Sri Lanka. Do you know this fascinating sight when thousands of people cross an intersection? We were right in the middle of it with our own tuk-tuk.

We arrived at the airport in one of Sri Lanka’s biggest cities, Colombo. I would say a rather restless, noisy city. The taxi ride to our first hostel took a lot out of me, the music was blaring in my ears and the traffic was horrendous, the idea that in just a few days we would be alone in the middle of all this hustle and bustle made me anxious.

Before we could say hello to our tuk-tuk, we first found ourselves in the Central Province of Sri Lanka. The way there was, let’s say, exhausting, standing for almost four hours in a train filled to the maximum, from which both we and our backpacks were lifted at our destination, is not my favourite way to travel. Once there, we stayed in a stunning ecolodge right in the jungle, so direct that you could hear the monkeys running across our roofs at night. We had traditional Tamil food cooked for us, saw elephants up close, visited stunning temples and climbed the Pindurangala Rocks.

The road finally led us to a beach on the east coast, Trincomalee, to this day our absolute favourite place. We will never forget the blue water and the endlessly long beach, I definitely invested most of my money in coconuts during this time, but it was worth it. We went snorkelling, lay in the sun for half the day, picked up tips and tricks from the driver on every tuk-tuk ride and relaxed once more before our adventure really started. We drove back to the central province of Sri Lanka and took the famous train from Kandy to Ella, where we finally welcomed our tuk-tuk. Our destination: the south-east coast, Arugam Bay.

Surprisingly, our first leg went pretty well, which was probably due to the fact that the route was all overland and we encountered maybe four cars. Once we arrived in Arugam Bay, incredible beaches awaited us again. The town, famous for surfing, was teeming with young people and we had the opportunity to really party.

The following trips became more adventurous, starting with the refuelling. A tuk-tuk doesn’t really hold a lot of petrol, so we filled plastic bottles and used leaves from nearby trees as funnels, pretty normal in Sri Lanka. When it rains, the tuk-tuk has a kind of rain cape, the only problem is that the mirrors are also covered by it and therefore don’t do any good and you still get wet. Fuel gauges only work in the rarest of cases, and if you don’t have a sense of when the tank is empty, you’ll end up stopping three times in a row, as we did. However, the hospitality of the people in Sri Lanka is not to be underestimated; we were warmly helped with every problem. My personal highlight: crossings, just drive on and hope, is the motto. Someone will take pity on you and let you go ahead, traffic lights are completely superfluous.

Our tuk-tuk allowed us to see places we would never have been able to see otherwise. We experienced situations that we will never forget.

5 THINGS TO SEE IN CAMBODIA 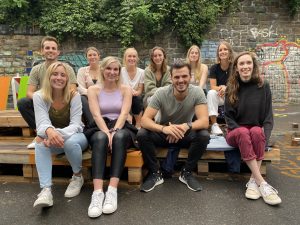 Welcome to „Bella Italia"! 🍋 We love this co

Let's travel the "world" with socialbnb 😍 But

🚂 Your vacation route with the 9-Euro-Ticket D

You are looking for an all inclusive hotel, feast