“We are passionate about advising and building innovative social initiatives.” – this is what the four dudes who originated Bicionarios say. They cycled 8000 kilometers through south america and visited many great projects along their way- including socialbnb’s. South America is home to 6 of the 20 most unequal countries in the world, but it also has exceptional leaders who work anonymously and create initiatives that help eliminate these inequalities.

Bicionarios seeks to strengthen their proposals, promote their continuity and support experiences that emerge at the grassroots level, leveraging local capacity for the development of their communities.

We asked Serjio for an interview and got a few interesting answers about Bicionarios. Scroll through to learn more!

How did you get the idea of Bicionarios?

“A friend of mine and I were working together in a project in were we gave advice to NGOs on topics like strategy, project management and presentation of projects. This is the way we got involved into the social sector; we were impressed by what they were achieving and what they were doing with a few resources only.”

Even though this project didn’t continue after some years, Serjio and his friend Nicolas kept on with the interest of going back into the social sector.

In a casual talk, the idea of cycling through south America and exchange bases was born. Gradually something that was only a short conversation turned into a reality.

A friend of Serjio (Hugo) wanted to join because he saw great potential for communicating and sharing the whole project via photography and social media. He also brought Miguel who was passionate about film making. The four guys planned their trip for almost two years before they started.

“The Idea was always not to charge the NGOs, but have an exchange based on what the procedures are at these places: volunteering or something. So we volunteerd first before we started to actually recording anything. We wanted to live and be part of that reality before to be more conscious of what we are going to share with the world later. After we volunteerd in the project we started recording and left all the material for free to the organisations so they could use it. We only asked for food and a place to stay during this time.”

The four men shared their content not only via social media. They visited schools and universitys and talked to the students, but they also got broadcastet in the TV, had loads of newspaper articles and radio interviews. All these channels helped them to reach out to people.

Give us a quick overview over your journey! Where did you cycle through?

“First we went to the east of Columbia and stayed in Bogota for two weeks. This was kind of our “try-out” where we lost the fear of what was coming because we recognized the projects where we stayed were really welcoming. After that we left south and stayed on the pan-american highway most of the time. From here we went straight to the Andes. We stayed on the mountains almost the whole way.

While cycling through Bolivia the four guys visited the Fundacion Renace, which is a socialbnb as well. Its purpose is the conversation and protection of the indigenious culture and also the nature of their city: Sapecho. If you would book a night at this accomodation your would help them to finance exactly this purpose. Click here to learn more about their main goal and how they implement it.

“From Colombia we then cycled to Equador through Nariño, then passed Quito and got to the coast. After the long time in the mountains we really wanted to see the beach. After that we got back to mountains and did the whole of Peru down to Lima; cycled south along the coast and then back to mountains. We were just entering Argentina when the Coronavirus spreaded and eventually stopped us.”

The four cycled for almost 2 years. Sometimes they stopped one or two months in one place when the locations were nice and they had internet. Then they worked on the content. At those times the challenge was to balance between creating content (“which is really time consuming”, Serjio said) and keeping on going.

What was your personal highlight on the whole journey?

“We had the opportunity to live with a family in south-colombia for a month; which was an eye-opening experience in many ways. Before we all had an urban and fast lifestyle. While living with this family we experienced a slower way of living, which was very different from before. But also seeing that the couple and their family worked together so well was amazing. You did not see any gender roles. They were just a beautiful team and a unit.”

If you could repeat the trip: What would you do different?

“Maybe something at the level of work interaction; like talking more and sharing more of how we were feeling. It’s hard to say because there are tiny frictions that come together and these frictions should have worked better sometimes. Another thing is that i would not live at a project until i’ve finished the content. We did different sometimes and it ended up builing up higher and higher mountains of work- so yeah, that’s my learning.”

What are your plans for the future? Are you thinking to continue your project?

“All of us are in different countries right now, have different plans. But we got to the point earlier where we said if we found someone who wants to go on with the project with the same spirit, we would be willing to share it with him/her. The problem is that it is really hard to find someone.

We would like to keep the essence of the project alive, thus focussing not so much on the awesomeness of the trip, but to keep it on the stories and the leaders of the projects. They have amazing ideas but no one notices; in the end the goal of the trip was to acknowledge that there are solutions to the social challenges in the countries and it can come from locals, not necessarily from foreign people.

We are all discussing about finding alternatives on topics like raising equalities, social and economical things, environment and so on every day, but the project leaders have made these contributions already and offering great results; locally based. And raising these voices might help to see solutions.”

Wow- this is so inspiring, don’t you think? If the Wanderlust now packed you and you want to explore South America with all its great people, nature and culture as well, take a look at a few socialbnb’s. Sleeping there not only guarantees you to get to know the local people and have an authentic and adventourus stay, but also creates a huge impact with financing with your booking.

And if you rather want to read through some more cycling stories you should see this blog entry about one of our team members who did a biking trip through skandinavia- as a complete verdant amateur!

How Ecotourism Can Contribute to Sustainable Development Goals

Vietnam backpacking: travel tips for you 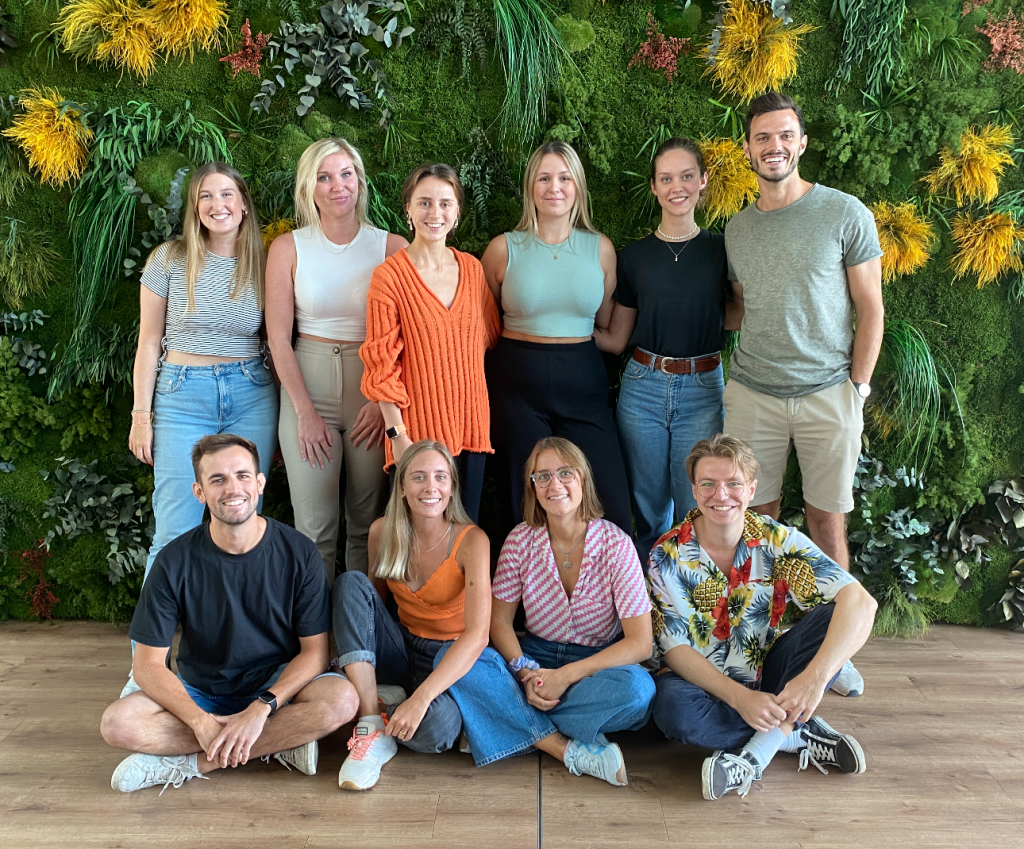 What's super important to us part I: To ensure th

You have reached the last step of your socialbnb e